The first Christmas cards were sent in 1843.  The man who commissioned them, Sir Henry Cole, had just introduced his “Penny Post” service which delivered mail (and was later taken over by the British government and eventually became their post office).  Slightly more than 2,000 cards were sent.

One of the first printed Christmas cards: 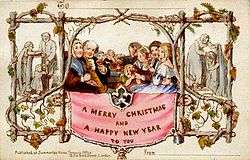 The custom grew and spread.  In 1873 the firm Prang and Mayer began printing cards, and in 1874 introduced them in the U.S., becoming the first printer to offer cards here.  In 1953 President Eisenhower issued the first official White House Christmas card.  By 1961 the mailing list for the White House card was about 2,000; in 2005 it was 1.4 million. 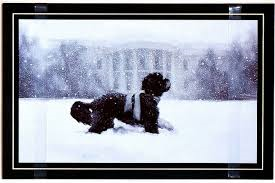 Card-sending is changing now.  With email, more and more greetings are sent electronically.  The U.S. Post Office expects they will have about 20% fewer letters to deliver compared with 10 years ago, but more packages (due in part to online shopping).

Ironically, the new technology is making Christmas cards special again.  Mixed in with the mass-mailing of business Christmas cards, a hand-addressed envelope draws attention.  And if the card inside has a short personal note, it conveys the care and concern of the relationship between the sender and recipient.  And if the card should be hand-made!  Well, that is really special! 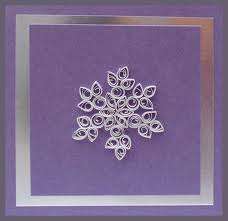 God bless those who still mail cards to long lists of friends, neighbors, and relatives!  For many, however, constraints of time or money have caused us to trim the lists, or to print address labels or signatures, or to embrace electronic greetings.

Take some time today to think of seven people.  Think of those who have made a special difference in your life this past year; maybe someone who could use some extra attention; maybe a neighbor who is alone; maybe someone in a hospital or nursing home who would thrive on some words of encouragement; maybe a relative you don’t see often enough…Take some time today to write and send seven special cards.

(If you are looking for cards that benefit charities, along with UNICEF, you might consider ELCA World Hunger or Good Gifts; or the Heifer Project; or – a favorite of mine – Puppies Behind Bars. Casa de los Angeles has some beautiful blank cards, too.  If you need help to find any of these on the web, email me and I’ll help you find them)